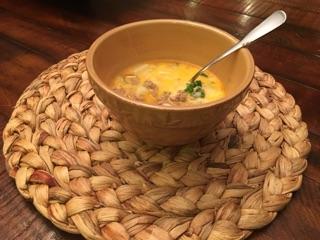 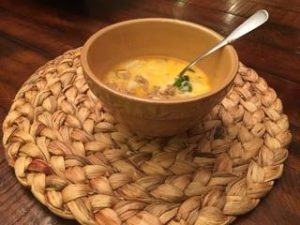 Property Geek Theresa has a new favorite recipe — perfect for the cold December days and long winter nights ahead of us in Minnesota.  Her daughter, Lauren, originally made it in her Culinary Arts class but they’ve adapted it a bit and it’s become a new family favorite… a copycat recipe of the Olive Garden’s delicious Zuppa Toscana soup.

The original link to the recipe and directions can be found on Delish.com.

First, gather all of the ingredients… 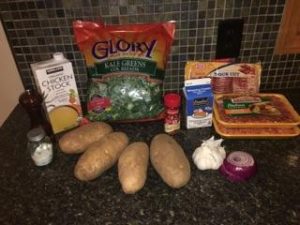 Next, you’ll brown the sausage then drain it. 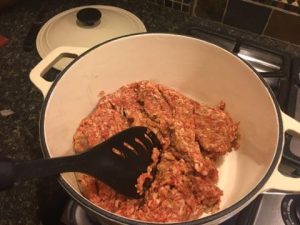 Chop the onion and garlic, then add the onion to the same pan, cooking until it’s tender and translucent. 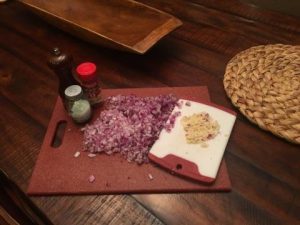 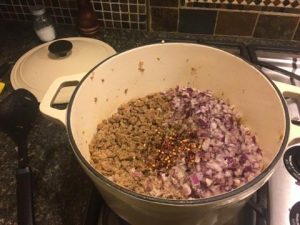 Potatoes are next. You don’t even have to peel them, just dice them and toss them in. 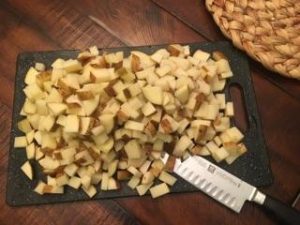 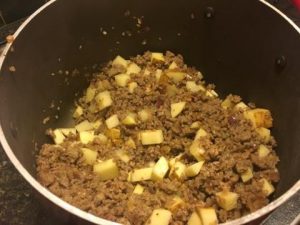 Smells delish already, doesn’t it? Now add the chicken broth and relax while the stove top does the work for a bit. 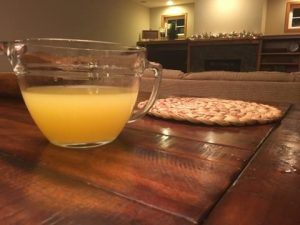 Now add your power veggie… kale… and let it cook until the leaves are nice and tender. 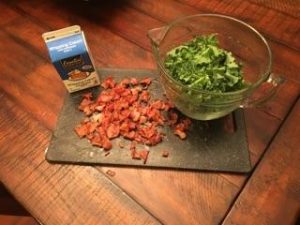 If you’ve stuck with us this far, you’re about to be rewarded. Final step, mix in the cream and bacon. Only a few more minutes to go.

Thanks Theresa and Lauren (pictured!) for sharing your new family favorite with us! 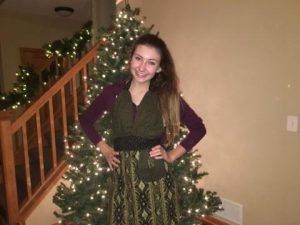 The soup is hearty and filling and makes a meal all by itself. But Theresa likes to serve it with bread sticks and salad on the side. She also suggests making a double batch since it tastes even better the second day!

What are some of your favorite winter recipes? 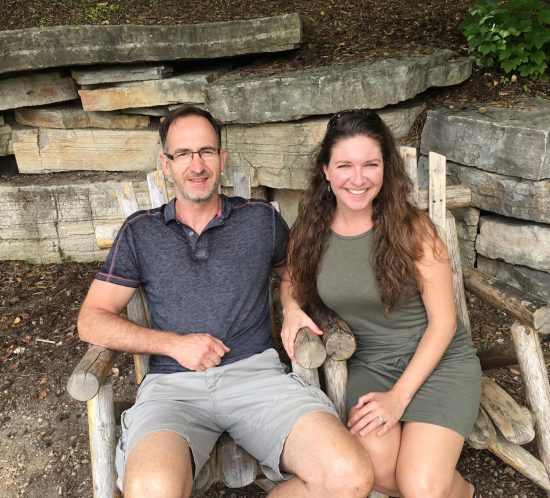 The Most Expensive Garage Sale Item

If there’s one thing the Geeks like to do it’s talk. So it was no surprise that we went out to lunch at one of our favorite local pizza places (huge shout out to Ole Piper pizza!) and got to chatting about houses and neighborhoods. Pretty soon the conversation turned to garage sales.

In 2008 she stopped by a garage sale at a house down the street. She started looking at a filing cabinet–not even a very attractive filing cabinet–and the gentleman holding the sale started to make small talk. He asked why she’d need such a big cabinet and Theresa responded that she and her husband owned some rental properties and needed to keep their paperwork organized.

Turns out the neighbor owned some rental properties he was about to lose in foreclosure, including the home where he was holding the garage sale. He wondered if she and her husband might be interested in talking about them. Theresa ended up leaving the filing cabinet but buying a refrigerator for one of their rental homes. She said she’d send her husband down later to pick it up and chat.

One chat led to another and another until Theresa and John found themselves negotiating multiple short sales with separate banks. It took several months, hours of phone calls, and many inches of paperwork but they were able to secure financing and buy out most of the properties, including the original home where the garage sale had been held.

Theresa remembers it being a win-win-win situation. She and John had been looking for some additional properties to add to their portfolio and were thrilled to acquire some investment units so close to home. The gentleman was ecstatic to be able to walk away without tarnishing his credit, and since the properties were under lease contracts, all of the renters were able to stay in their homes. To this day, Theresa still can’t believe the way the transaction happened.

But The Property Geeks aren’t surprised. We know savvy investors have to keep their eyes and ears open if they’re in the market for real estate deals. Opportunities are sometimes as close as just down the street!