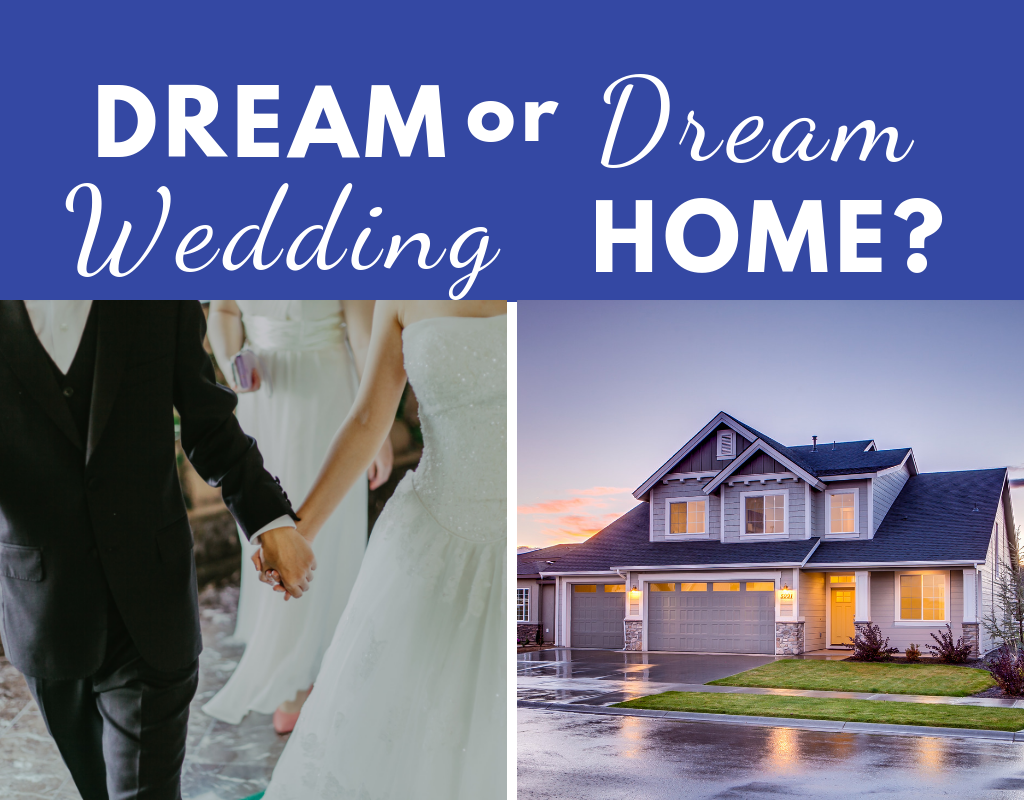 January 8, 2019 In Buying By The Property Geeks

‘Tis the season to get engaged! Approximately 40% of couples get engaged during the months of November through February, with December being the most popular by far. Once the confetti has settled from popping the question, the next big decision to make usually revolves around the wedding. Of all the purchases most people will make in a lifetime, two of the most significant—and most expensive—are weddings and purchasing a home.

Because they’re so expensive, it can be challenging for couples to save for both. According to a recent survey, it looks like the majority of couples are prioritizing homeownership over a fancy (and expensive) wedding. Per ValuePenguin, the average cost of a wedding in 2019 will be just shy of $30,000. That could be a sizable down payment on a new home.

According to a recent survey from Open Listings, 64% of couples said they would delay or downsize their wedding if it meant being able to purchase a home sooner, and when asked what big-ticket item they were currently saving for, 29% of couples said a home (compared to just 17% of couples who were saving for a wedding). And the reason? Owning a home is just more important to most Americans couples than dropping tens of thousands of dollars on a wedding—53% of couples and 65% of engaged couples claimed that home ownership was “very important.”

If you’ve been putting off saving for a home in order to have a large, fancy wedding, you might want to reconsider. A big wedding is a great day. But buying your dream home? That can give you a great life.